Showing posts from January, 2013
Show all

With the deluge of Data getting added to the system, it is getting difficult to collect, curate and process information. Growing middle class population , widespread penetration of mobility and technology adoption,  are contributing towards exponential rise in the quantum of data.  It is commonly termed as Big Data problem.  In this blog, i have listed out and defined six frequently used terminologies on big data. 1.) Big Data:    Uri Fredman , in his article at FP , had charted the timeline of Big Data evolution. In 1997, NASA researchers Michael Cox and David Ellsworth use the term "big data" for the first time to describe a familiar challenge in the 1990s: supercomputers generating massive amounts of information -- in Cox and Ellsworth's case, simulations of airflow around aircraft -- that cannot be processed and visualized. "[D]ata sets are generally quite large, taxing the capacities of main memory, local disk, and even remote disk,"  they write . &q
5 comments
Read more

Guest Blog: Google+ to knock out Facebook! See the Maths!! 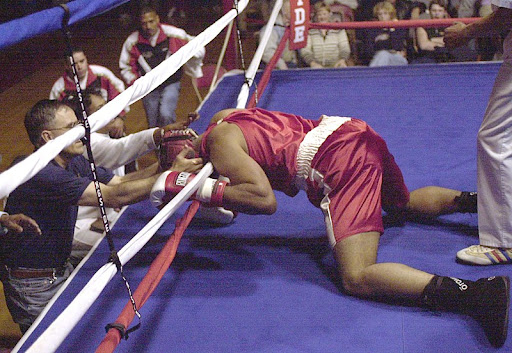 In the recent episode of Crime Patrol, an Indian soap showcasing real life criminal cases in India, the husband confesses murdering the wife as the sleuths closed in with evidences. When asked the motive behind the murder as both were getting along well, he responded – ‘when the test results came, it was obvious that I was the reason for we being childless and the doctor opined that I’m impotent but curable.’ He went on to add further that ‘I was scared that my wife will tell her friends about it, who in turn will tell their friends, they theirs and hence it will spread to the whole complex in a week and to whole town in a month. And I will not be able to take that social stigma of being branded as an impotent.’ The director of the soap could have added few recent social network medium into the dialogue, e.g. ‘my wife would have twitted about my impotence’, ‘posted on the Facebook walls with the medical report uploaded’, ‘sent out bulk sms on my impotence’ etc. Well I left out ‘b
7 comments
Read more

SAP Business Suite on SAP HANA has b ee n suc c essfully released this week  - Which is a testimony that in days to come that it will take center stage in  enterprise wide software development. Here are my four reasons which makes In memory data computing databases like HANA a compelling business necessity. More Speed: Excerpts from my earlier Blog Nimble Organization analyzes information at faster speed to stay ahead of their competitors. For Example, Smart organizations are capturing their success of their product releases by analyzing the tweets and messages of its products real time and even making necessary course corrections. To make smart and faster analysis of the data-set so large and complex (which have been named Big Data for their sheer volume), having a faster system performance has become a basic hygiene factor of any system. Disk Scan speed  has only become faster by 10 times over the last 30 odd years. Compared to the data growth, it
Post a Comment
Read more

Data Opportunities for the next century 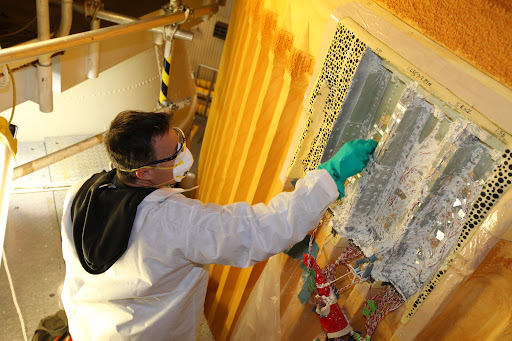 As the resources are becoming scarce and the demands are increasing, the future is dependent of optimal utilization .  Data becomes the key ingredient to any effective decision making. The opportunities are immense and It is very much foreseeable that Enterprises will invest in harness the data capture and analysis to make them successful. Data forms the key ingredient to any effective decision making. It allows for correct analysis -  Data: The Data should be relevant for accurate analysis. With the advent of Social Networking Sites, we have opened the flood gates for information - which till early part of this century were confined to enterprise premises. There is a deluge of information all around. Now the issues for this type of Information are twofold.      Unstructured   - Unstructured data - the data from news feeds, tweets, Facebook comments, Images etc. The acquisition of Radian6 by Salesforces.com, Yammer by Microsoft , SAP JAM are a key indicator as th
Post a Comment
Read more

I had a discussion on the capability of this free offering of SAP with  Shailendra Sahay , Program Director of Value Engineering (VE) Best Practices Center and Global Benchmarking. His organization runs the SAP Benchmarking Program globally. The organization helps SAP customers assess their business process maturity and gap to industry best practices. He's given a  similar interview to Silicon India,  now here are a few salient points from our discussion. 1.)  Business Performance Benchmarking  is the first step to understand the health of an organization's  business processes. As per Shailendra,  " As  a trusted vendor to the customer, our objective has always been to solve our customer's  real business issues . It is always important for us to first understand the customer's  pain points , before offering an IT solution. And our benchmarking program is the perfect tool set to make this happen. Companies can choose to participate in one or more of ou
11 comments
Read more

Two ways how in memory can benefit an Organization

In my earlier blog, I had mentioned about how  In Memory Data Management is relevant to an organization . In Memory Data Management is fast and it can compute large amount of Data - but what are the business benefits that an organisation derive if it uses it. With faster data, the business opportunities  are  limitless and we need to  creatively  think about how we can package solutions using this groundbreaking technology to bring  tangible benefits for our customers . In this blog, I delve into how  In Memory Data Management  can be used in solving  business problems  and removing  system inefficiencies . Solving Business Problems In India, during summers, most of the people savor  Lassi , hot weather refreshment made of churned Yogurt. To cater to the growth in demand of Lassi, vendors have a unique method of churning the yogurt in mass scale - they use Washing Machine , an invention made for cleaning clothes by rotating the clothes in detergent water. Why not u
1 comment
Read more

Why I think In Memory Data Management was made for cloud

Recently, I came across a nice blog on  why Amazon thinks big data was made for the cloud . It talks of how big data and cloud computing will work hand in hand to create a central platform for communities to share huge Data Set.  In Memory Data management such as HANA enables this symbiotic relationshi p between the cloud and big data b y facilitating on the fly reorganization of data Cloud has multi-tenant data.  Multi-tenant data are managed primarily by 3 different approaches: Separate Database for customers Shared Database, Separate Schemas for customers Shared Database, Shared Schema for customers Of the three approaches, the shared schema approach has the lowest costs, because it serves largest number of tenants per database server. Also, the administrative and hardware/software costs are drastically reduced. But, it comes with one complexity: As the customer isolation is the minimal, stringent database management  is required to ensure t
Post a Comment
Read more
More posts